Late December 1989, five Edinburgh friends  took off from no 42 Marchmont Road for Cornwall, in a hired Renault "Energy", though Jonathan may have joined us in Exeter. We`d hired a cottage in Tregony for 5 days and, like some dysfunctional version of The Famous Five: showing off, cracking jokes, speaking in "Cornish" accents,  we spent those days exploring the cliff walks and beaches. 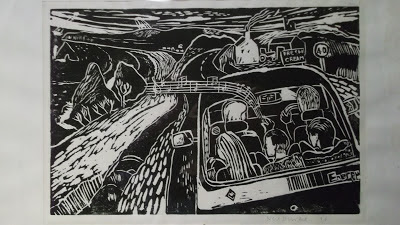 We wove past abandoned tin mines, signs for clotted cream teas.  To a soundtrack of the Proclaimers, the Doors, a Bach  violin concerto. The sun shooting light beams onto the ocean. Black and white track, marine green and bracken brown. 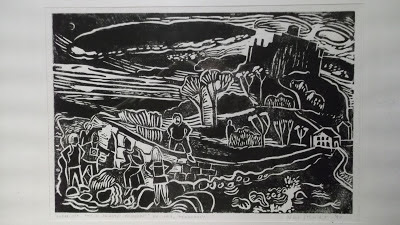 Crossing the causeway to Saint Michael`s Mount we walked around the rocky perimeter  looking for a route onto the island and were confronted by a black-leatherclad bloke:  "Clear off !" he said menacingly. We were five varieties of indignant: passive to aggressive; liked to think we weren`t used to property being guarded so possessively 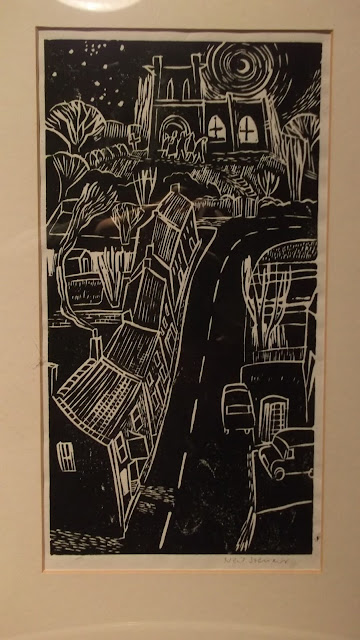 Stumbling drunk  from the pub`s warm light, after the New Year`s Eve bells, we walked widdershins round the dark churchyard, glad of each others` company, genuinely thrown when organ music emanated suddenly from the church, its windows casting kaleidoscope colours onto the gloom. 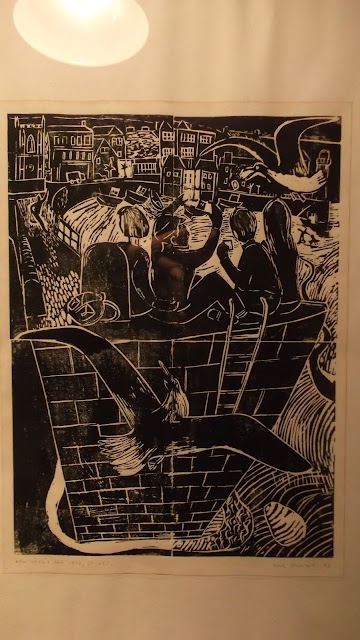 Sitting there at the pier`s edge, at the year`s precipitous edge.
The sun shone warmly, seagulls wheeled around our sandwiches. During one long moment Kate shielded me from the drop. Andy smoked his cigarette. Sandra gazed out onto the harbour
Jonathan, full of an elemental joy, ran towards us.